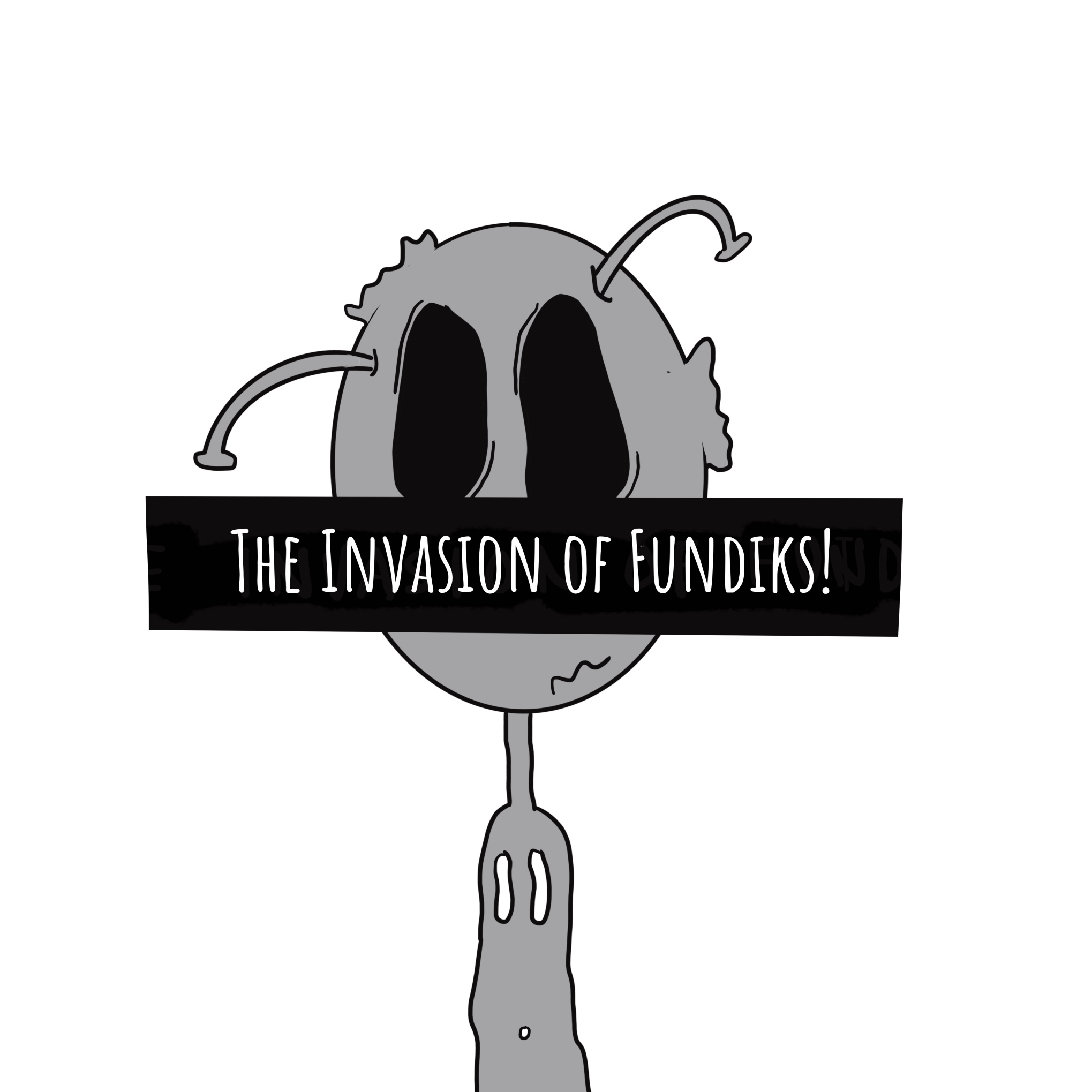 A small man stood in my driveway. He was waiting for me. He pointed. He had eyes like flying saucers and no nose. He said, “I AM KLUBBIT!” He had a French accent. I walked outside. The sun pounded on the poor little man.

He spoke: “I am Klubbit! I am an emissary from Fundiks. We have come to destroy planet earth! You have become a bad society, destroying your resources and warring. YOU! You are chosen to speak for your planet. Tell us! Why should we spare you?”

He had odd-looking knees. I think they might’ve bent outward.

He stared at me a moment and then said, “What?”

He looked lost for a moment, then said, “you must speak on behalf of your people.”

“And your people are fun dicks?”

“Brilliant — yeah, no I think that is a pretty decent end to us, you guys go ahead.”

I turned to get in my car.

Klubbit crouched down. His knees did bend outward. He struggled to find words.

“You — I can’t — I can’t go back. This has never happened before, you can say anything, we only need a single reason, any reason.”

“Are all of your race so empty?”

I winked at him in the hopes it might make him feel better but he began to leak something gross out of the skin where his nose should have been and so I got in my car. As I backed slowly out, he placed a hand on the hood of my car and gave me a lost look. I waved.

I got Dunkin’s on the way to work.

I was only five minutes late. Inside the office, I noticed that no one was in their cubicles. There was a noise of bodies coming from the breakroom. I looked and found all of my co-workers crammed in around the small corner television where a bald man stood on a stage in his underwear and a white tank-top surrounded by Fundiks. The President was placing a medal around his neck.

One of my co-workers, Hal — the kind of guy who wears an Irish Yoga T-Shirt on weekends and still says, “well aren’t you cool,” when you tell him about your day — nudged me.

“This dude just saved the human race. I guess these little alien fuckers were gonna blow us up, but this guy talked ’em out of it.”

Everyone leaned in as the man in his underwear took the microphone and began to speak, “these aliens here have agreed to spare America!” The crowd went wild. People in the breakroom gasped and clapped. I noticed Klubbit hovering behind the man. Cheater, I thought.

The man, our savior, spoke again: “Now that I have saved America, we need to wake up and start solving the problems that have been plaguing the world by removing all of the trash that is poisoning our societies, I’m talkin’ bout the illegals, the homosexuals, the Muslims, the baby-killin’ whores, the — ”

Someone clicked off the television. We stood and stank in the silence that followed. I turned to Hal and whispered, “one of those Fundik guys came to my house this morning.”

3 replies to “Invasion of the Fundiks”